Ms. Karen Michibata was appointed to the “OLIVE AMBASSADOR 2013” ! 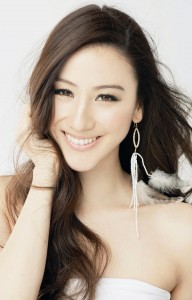 OLIVE JAPAN 2013  pleased to annouce that Ms. Karen Michibata was appointed to the second “OLIVE AMBASSADOR”.

With their beautiful exotic looks and perfectly toned bodies, the Michibata sisters have taken the modeling world by storm in recent years and are now household names in Japan.

Oldest sibling Karen led the way, making her modeling debut aged just 15. Almost 19 years on, she now has two children and an extremely hectic lifestyle, and now, she becomes the Ambassador of Olive and Olive Oil to extend her healthy and stylish life with those natural harvest.

OLIVE JAPAN 2013 organizes her talk show on April 27th, 2013 at the main venue of  OLIVE JAPAN 2013, following by the International Extra Virgin Competition Awards celemony as she becomes a presenter of the prizes.