We are pleased to announce as OLIVE JAPAN 2020 judging session during April 20 – 22 will be hosted by KAGOSHIMA city.
For kicking off this new developments, we organized PRESS meeting at Shoroyama Hotel Kagoshima, the venue of OLIVE JAPAN judging.
Mayor of Kagoshima city, Mayor of Hioki city and Mayor of South Satsuma city celebrated this great opportunity for Kagoshima and promised to provide cooperative work with us.
Major Press, including NHK, Kagoshima TV, Minami Nihon Journal posted and broadcasted this epoch makeing news.

Along with OLIVE JAPAN 2020 judging session, we plan to organize various local olive oil event in the city with 26 international judges from 15 nations.

OLIVE JAPAN International Olive Oil Competition was started since 2012, and now it becomes the 1st largest olive oil competition in the world in terms of judges numbers and the 2nd largest competition in its entry product numbers.
This is the first time have judging session in other city than Tokyo.

Kagoshima is well known as a gifted city to have huge natural food treasure of fish, meat and vegetables. It is Sister city of Naple, Italy, and Perth, Australia. 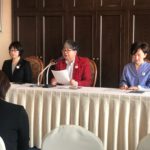 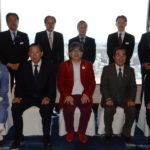 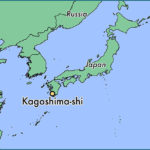 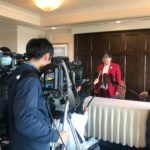 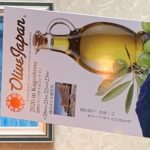